New England history and culture as revealed in the Helen Hartness Flanders Folk Song Collection at Middlebury College.
Not too long ago, the only way to experience music was  by being physically present at a live performance. While modern audiences typically consider folk ballads a form of musical entertainment, in the days before audio recordings they often contained significant messages and were layered with cultural meaning.

Helen Hartness Flanders, daughter of a Vermont senator, was a remarkable woman who spent years of her life chronicling folk songs with help from her rural neighbors so that their unique New England culture could be preserved for future generations. Her eponymous collection of folk song notes and recordings (The Helen Hartness Flanders Folk Song Collection) now resides at Middlebury College in Vermont.

Walt Woodward and the Band of Steady Habits take a fresh new look at this collection, tracing the histories of these folk songs back in time with insight on their meaning and significance to earlier generations of New England. These venerable tunes are brought back to life in what is sure to be an immersive experience for all in attendance. In the continuing tradition of New England folk music gatherings, audience participation is strongly encouraged! 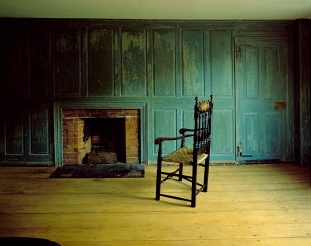